Bumble Brew: How to stay ahead of the curve

Last month, Bloomberg announced that Bumble, the popular dating app, would be opening their very own cafe/bar, Bumble Brew. Opening in SoHo, NYC, Bumble Brew will be a place for users to meet dates, friends, and network connections.

How can we, as marketers, learn from this? Since its launch, Bumble has skyrocketed in popularity, gaining over 60 million users in just five years. How does it continue to exceed expectations? It listens to its users. Customer satisfaction seems like a no-brainer, but when companies really absorb what its consumers are saying, great things can happen.

Interested in learning about Bumble Brew? Check out Bloomberg's article below!

Dating App Bumble Is Opening Up a Wine Bar 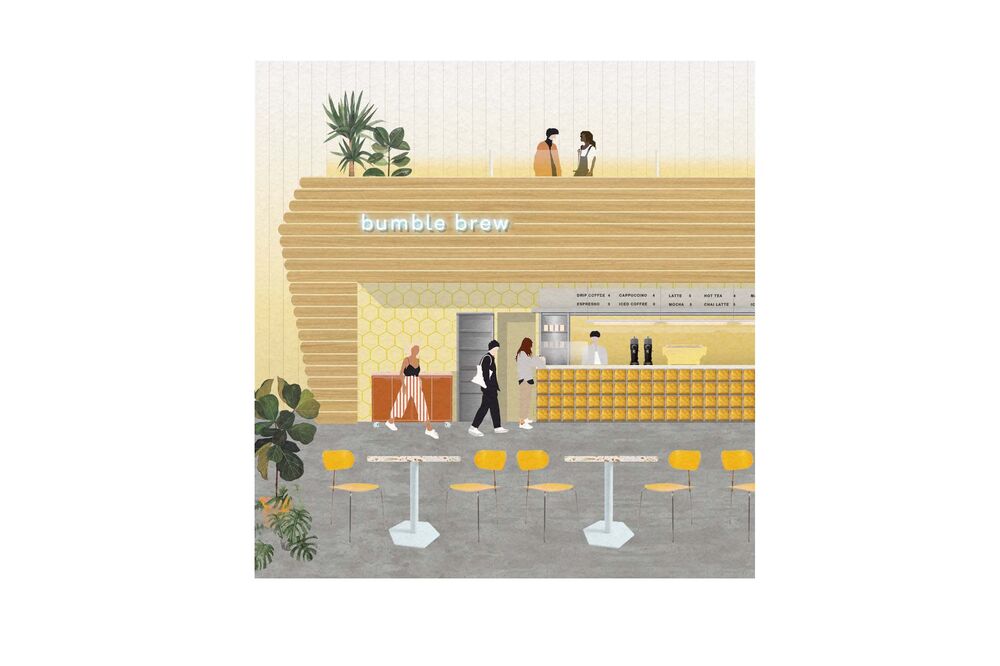 Bumble, the app that gives women the upper hand in the “swipe right” online dating world, is opening a cafe and wine bar for people to meet up.

The five-year-old Austin-based company will open Bumble Brew in fall 2019 in Manhattan’s SoHo. The space will operate through the day, first as a coffee shop, before transitioning into a wine bar with small plates. The company sees this as a way to engage its expanding audience, from the signature dating app to its networking platform Bumble Bizz.

This isn’t the first time Bumble has manifested in a physical space. Two years ago, the company launched Hive, also in SoHo—a pop-up offering food, drink, and seminars geared toward women on such topics as technology, health, and relationships. The lines were out the door. The Hive in Los Angeles on Melrose Place was successful enough to be extended by several months. Users went across the street to Alfred Coffee to continue networking. “They were hacking Bumble Brew for us,” says Caroline Ellis Roche, Bumble’s chief of staff. 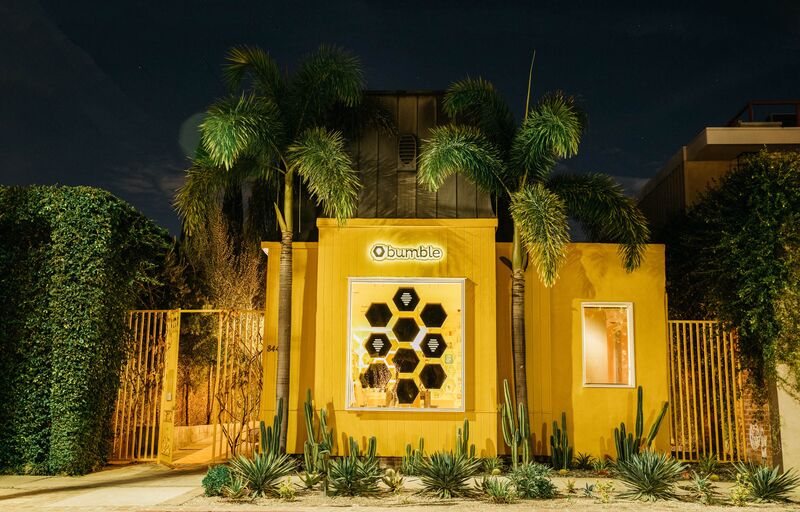 “Our users want experiences; we know that from our data,” she continues. Bumble has 60 million-plus users in 150 countries, but the company selected SoHo for its first permanent location because New York is Bumble’s biggest, most active market, and more than 40% of those users reside in Manhattan.

Bumble Brew is partnering with Delicious Hospitality (Charlie Bird, Pasquale Jones) to create the food and beverages. During the day, there’ll be a selection of croissants and other pastries, as well as the same coffee program employed at Legacy Records near Hudson Yards. 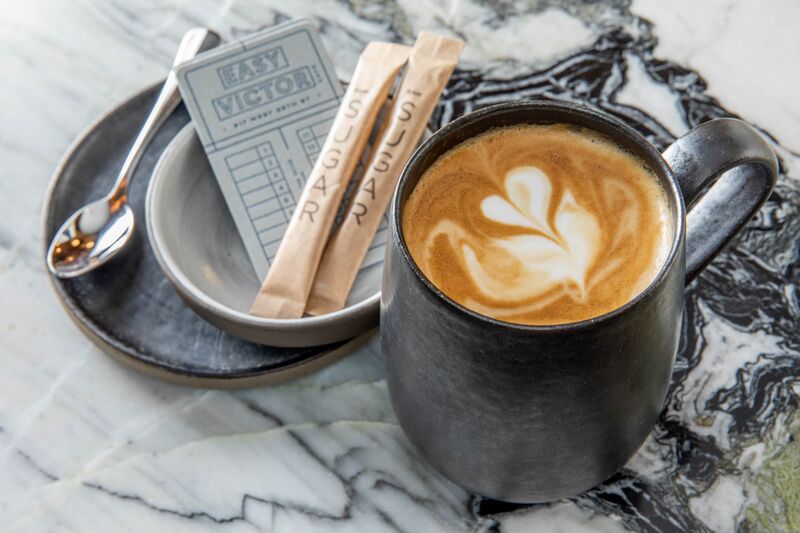 Later in the day, the place will offer small plates designed specifically not embarrass people who are taking a meeting, be it romantic or business. There won’t be chicken wings or burgers dripping with special sauce. “No spaghetti—nothing that would be awkward on a first date,” confirms Ellis Roche. Customers will order at the counter; servers will walk around refilling drinks. Chef Ryan Hardy is planning to serve dishes such as farro salad studded with cheese and roasted vegetables, a signature at Charlie Bird, and plates of prosciutto. He will also reinvent neighborhood classics such as an Italian sandwich layered with cold cuts. Prices will range from $12 to $15 for small plates. 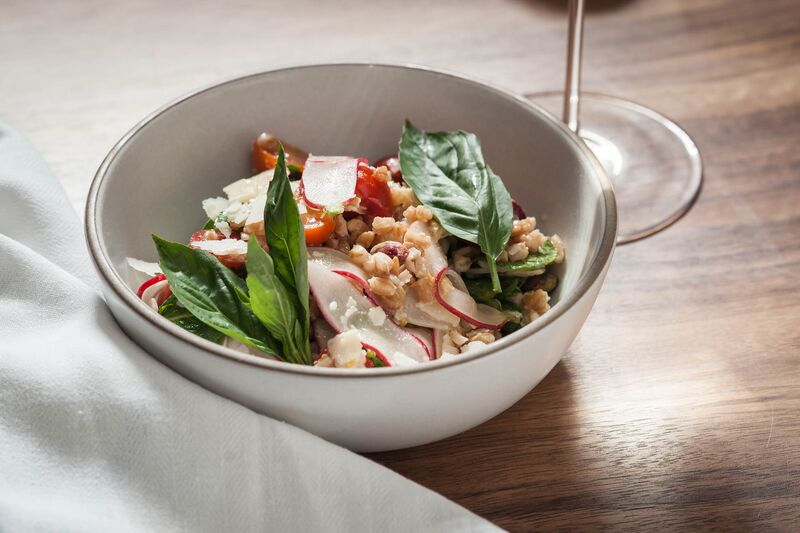 Delicious Hospitality partner Grant Reynolds is curating the wine list. He likes the Bumble partnership because, for him, it solves a perennial problem in a city such as New York by offering a comfortable space to have an inexpensive glass of wine and a snack.

“We want you to come drink wine, but we don’t physically have room for people to stand around,” he says. “It’s economically not conducive for restaurants to let people drop in at the bar and not spend a certain amount of money.”

Ostensibly, this means Bumble is not in this to make a profit, at least for its inaugural space, given SoHo’s rents and menu prices. Reynolds will offer around 15 wines by the glass for from $12 to $16, as well as a list of bottles. They’ll be good-quality while being  familiar varietals such as pinot noir from regions whose names people will feel comfortable pronouncing.

The space, off Mulberry Street, is slated to have about 70 seats. Not surprisingly, it will emphasize two-tops, as well as communal tables. Programming will include female chef demos, BFF parties, networking events, and date nights.

Bumble has plans to expand Bumble Brew. “Absolutely, this is a concept we want to roll out. We have big plans for Austin as well, but want to wait until we debut our new HQ/campus in 2020,” says Ellis Roche. 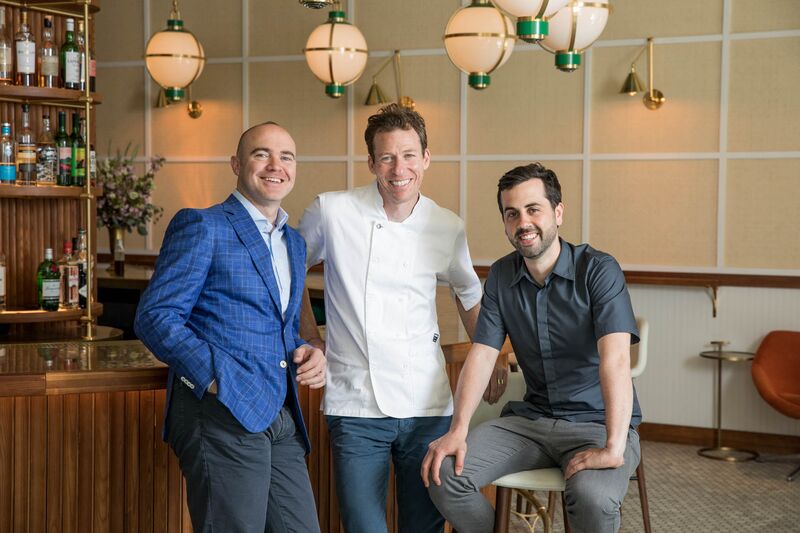 The company might also be looking for ways to expand beyond the increasingly crowded dating app market. In April, Facebook unveiled “Secret Crush,” an expansion of its dating service.

One business Bumble isn’t planning to get into at this time is brewing beer. When the company applied for a trademark for Bumble Brew with the U.S. Patent and Trademark Office in April, there was speculation in the press that the company was going to market a beer. The answer is no, says Ellis Roche. “We’ll serve beer but not Bumble beer,” adds Reynolds.

And that’s a wrap for #Medicarians22!